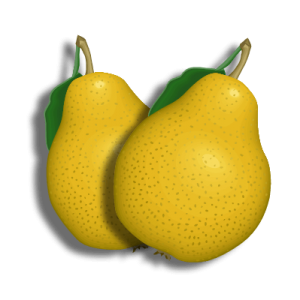 With such a sexy shape and silky skin, pears are a sweet delight and an original replacement for apples when you want a more particular taste and a softer texture in your traditional preparations. This will aid in adding some diversity in your kitchen, which is a number one priority if we want to keep healthy but fun eating habits as a lifestyle. Eating healthy shall be a pleasure!

The United States is the biggest pears producing country in the world. The largest cultivation of pears takes place in California, with a long pear season from August until March. Late summer/early fall is pear season in New York, where you can find this fruit from August to October. Michigan has a short pear season starting by mid-August and for only a month and a half. If you like to find locally produced pears in season close by you, you can revise the full American seasonality in the following chart.

Any cookies that may not be particularly necessary for the website to function and is used specifically to collect user personal data via analytics, ads, other embedded contents are termed as non-necessary cookies. It is mandatory to procure user consent prior to running these cookies on your website.